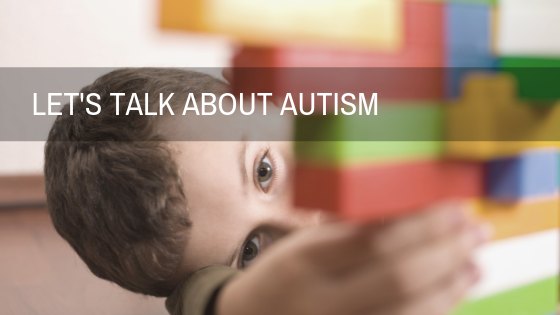 As a parent of a child with disabilities, and a member of the Coin Up community, I wanted to share some of the current insights about one condition in particular that affects 1 out of every 59 children.  This is the prevalent diagnosis of autism.

Autism or Autism Spectrum Disorder (ASD) is a developmental disability with degrees of impact ranging from mild to incapacitating social, communication and behavioral challenges. Many people with autism also have comorbid conditions such as epilepsy, gastrointestinal issues and sleep disorders. Though people with autism look like their peers, their behavior, social skills and communication are often significantly different.

Early diagnosis which should lead to early and intensive behavioral intervention, medical treatment and speech and communication therapy is the current path to best outcomes for the child.

In 2000, the Center for Disease Control (CDC) created the Autism and Developmental Disabilities Monitoring Network to take a look at autism prevalence. In April, a “RED FLAG” report was released by the ADDM:

The CDCs principle investigator, Dr. Walter Zahorodny reports “It’s very likely that the next time we survey autism among children, the rate will be even higher.”

We are not better at diagnosing. We have NOT cast a wider net of diagnosis criteria. The criteria from the Diagnostic and Statistical Manual of Mental Disorders 4 or DSM 4 for short, used to obtain the current statistics from 2000-2014 remained unchanged.

An entire industry has grown around the rise of autism. Hundreds of non-profits offering help and hope, as well as scientific discoveries, have worked to correct the most challenging and debilitating deficits of autism. Research in the field of metabolomics and mitochondrial mechanisms at the University of California San Diego Naviax Lab has come up with a unifying theory for the cause and treatment of autism. Arizona State University Microbiota Transfer Therapy completed a study also aimed at the core symptoms of autism and gastrointestinal issues. Both universities completed Phase 1 clinical trials with much success, yet there is so much more to do.

In the 70 years of known autism, there have been virtually no successful medical treatments to correct the core deficits of autism. The two aforementioned university labs give us all hope that our kids can get better. Exciting times!

Coin Up has several autism nonprofits that you can choose to support or please let us know about another autism organization that you would like to support on Coin Up!

No Thoughts on Autism News