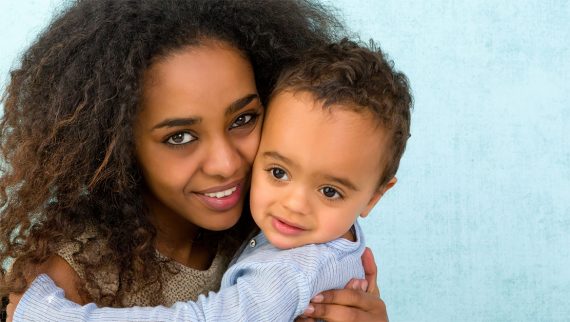 How about some good news for families who are dealing with autism! It comes in the form of treatments that bring hope and progress. ASD (Autism Spectrum Disorder) is such a broad and wide ranging condition. That means it can be hard to know where to start. I’m fortunate to know Paulette Britton. As a parent of a child with Autism Spectrum Disorder (ASD), Paulette has been a dedicated student, advocate and supporter of cutting edge autism research through her nonprofit project, Autism Legacy Fund.

If you haven’t read her previous blog, you can check it out here. As a brief recap, 1 out of every 54 children in the U.S. is diagnosed with some form of autism. ASD is a developmental disability with degrees of impact ranging from mild to incapacitating social, communication and behavioral challenges. Many people with autism also have comorbid conditions such as epilepsy, gastrointestinal issues and sleep disorders. Though people with autism look like their peers, their behavior, social skills and communication are often significantly different. Recently, I spoke to Paulette via FB Live.

You’ve been following the research and raising funds for the Naviaux Lab at UC San Diego run by Dr. Robert Naviaux. Can you recap what the research is about?

Paulette:  Dr. Naviaux has been working to find the common denominator among many serious, chronic diseases including Autism. In brief, his theory is that there is a unifying cause for autism. His research team believes that, for many children, autism is caused by a treatable metabolic syndrome.

Have there been any clinical trials?

Paulette: Dr. Naviaux finished his first clinical trial a few years ago. There were only a handful of kids in the study. Five got the treatment and five got the placebo. All five kids who got the treatment improved. They only got one treatment and the improvements lasted six weeks. Two of the kids in that study were non-verbal and they became verbal one week after one treatment, which if you know anything about autism, know that that is unheard of. That just doesn’t happen. Even more exciting news is that phase 2 trials are backing up those original results!

Are you aware of other research that is promising?

Paulette: Dr. James Adams out of Arizona State University is studying the gut microbiome and how it affects the brain. He also did a study using micro biotic transfer. Basically, that’s using a healthy gut microbiome. This is fecal matter that’s been sanitized so they can recolonize the gut of someone with autism. Overall in his study, they found there was a 50% reduction in the symptoms of autism for the people in that study.

What is the timeframe for actual treatments and possible cures to be introduced to people suffering with the effects of autism?

Paulette: We’re in this five-year window right now where there are some really great things happening for the world of autism. In fact the first of its kind in the 70 history of known autism. So these are exciting times.

Unlocking the potential of kids with autism

Also joining our conversation is Allison Whitney Schnepper, Founder of B.I.A.N.C.A. USA, a nonprofit committed to unlocking the potential of children with autism. B.I.A.N.C.A. USA. (Be Involved * Act Now * Champion Autism) offers comprehensive, integrative support to children and families who are directly affected by ASD.

B.I.A.N.C.A.USA.org and Autism Legacy Fund work in tandem to provide programs and services to those affected by ASD. Together they help to advance research for treatments and a cure.

Allison, why did you start B.I.A.N.C.A. USA? What is your mission?

Allison: Bianca is actually my niece and she’s the one who inspired me. She was born neurotypical and then around the age of three, one night she literally disappeared. It’s called regressive autism. I found out that 40% of people in the autism spectrum are nonverbal. Bianca was nonverbal for a while but luckily she found her voice. So we launched a program called BIANCA Reacts. That’s our signature program. It helps give non-verbal children with autism a voice, and we teach parents how to facilitate communication.

Allison, You have a really fantastic website. What types of resources are you offering?

Allison: We’re trying to be a one-stop shop for families affected by autism. We basically wanted to help low-income families get access to the programs because early intervention is key. It makes a huge difference. So we were offering scholarships and sponsorships and trying to mirror the things that worked for Bianca.

Paulette, how is technology helping kids who are non-verbal to communicate?

Paulette: We want to make sure that every kid has an option to have their voice heard. For example, my son, Sam, is barely verbal. He has functional language but he doesn’t have communication, or conversational language. There’s just so much that he cannot express because he doesn’t have his oral motor skills, to get the information out of his brain and through his voice. But he can type, and so we can teach him exactly what Allison and her group are doing using an iPad and a text app. Giving these kids a voice as early as possible is the absolute most important thing that we can do right this second.

We sponsored a family to have the technology, to have an ipad and the proloquo4text text application that they need. We also provided training with their communication specialist to make sure that she was all a part of that. What BIANCA and Allison have going on is just imperative right now to the autism world.

What we can do right now

Paulette: If I had to go back and do it all over again, I would insist that we work on communication strategies more because if you give a kid a voice then you will know what they want and what they don’t want for their lives. It’s to know and be known

How can you help? Consider donating your spare change through Coin Up App. It’s easy to set the monthly limit that’s right for you. Your gift will go directly to B.I.A.N.C.A.USA.org and Autism Legacy Fund each month. Click here to sign up online!

No Thoughts on AUTISM: HOPE AND PROGRESS NOW